In November 2017, Carsoe was selected by Russian Fishery Company (RFC) as the official factory supplier for the development and delivery of seven fish processing factories on RFC’s new super-trawlers. Today, Carsoe and RFC signed the giant deal which is the biggest order for Carsoe so far, bringing Carsoe closer to the company’s nearest competitor. 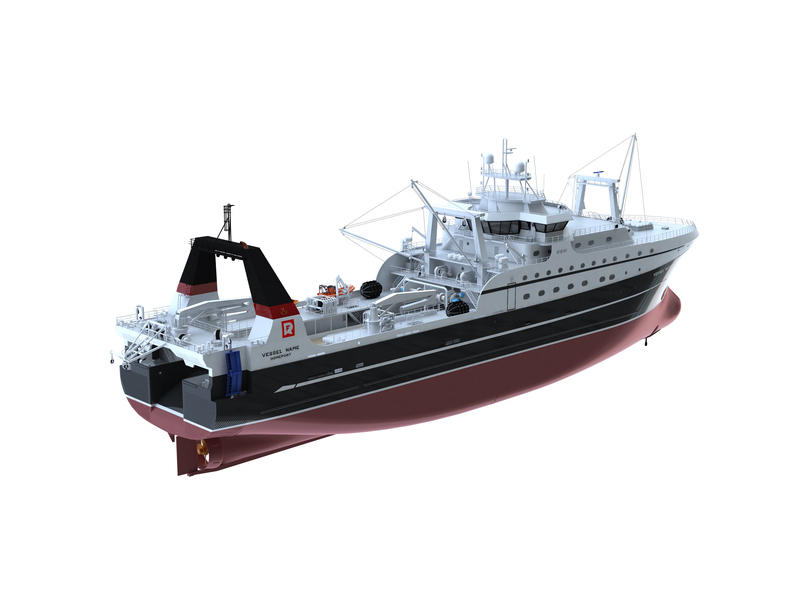 Aalborg, April 2018 – The Russian fishing industry is undergoing a massive and historic transformation after years of struggling where it wasn't possible to invest in equipment or ships. However, the Russian government has recently introduced an incentive programme enabling investments to be exchanged in return for fish quotas which will help modernize large parts of the fishing fleet.

As a consequence, one of the first big Russian fishing companies, Russian Fishery Company (RFC), has signed a major deal for a total of seven super-trawlers. Carsoe has been selected as the supplier of all seven fish processing factories for the super-trawlers that will become part of RFC’s fleet over the next seven years. The order lifts Carsoe’s turnover close to 117 million USD already in 2019.

Among others, Carsoe has been selected as factory supplier because of the company’s technical know-how, the overall design of the solution and not least the reliability and high reliability of the processing factory. The first super-trawler will be built in a Turkish shipyard with Skipsteknisk in Aalesund as the designer. The next six will be built at Admiralty Shipyard in Saint Petersburg, and Russian Fishery Company has selected Carsoe as factory supplier of all seven ships.

We’re one of just two companies in the world who can deliver complete fish processing factories for ships of this calibre, and the order is a great victory for us, as it demonstrates that we’re able to co-operate closely across our business units in Denmark and the US. At the same time, the order is pivotal in that it strengthens the company considerably compared to our nearest competitor in Norway. The order will contribute considerably to the strong development of Carsoe in the coming years.

Super-trawlers of the type ST192, a freezing and fish processing trawler, are 108 meters long and 21 meters wide and the total value of the seven ships will be close to 700 million USD when the last ship leaves the shipyard in Saint Petersburg. The ships will be delivered successively over the coming years. Each of the new ships can process 4-500 tons of fish every day.

Industry experts predict that only few of these ships will be built in the US and Canada in the years to come. Therefore, this order is significant on a global level. We’ve been very successful with our complete processing factories for shrimp trawlers, and we’re among the only ones in the world who can manufacture factories for the production of surimi at sea. This has contributed to us winning the tender for Russian Fishery Company.

Head over to read more Carsoe news and stay up to date on the latest regarding our products and projects.

We offer several solutions for the processing of seafood. Carsoe has equipped more than 200 factory trawlers with processing plants.

Our talented employees will be happy to assist you with any inquiries about our products or to discuss the best solution for your company.